Articoli
You are here: Home / Articoli / Services for Private / Radon and radioactivity 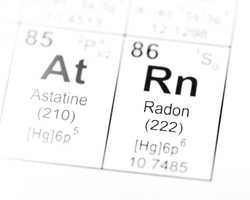 There are several radiation sources in nature. In addition to cosmic and terrestrial radiations, also building materials (expecially cement, tuff, granite, basalt or porphyry) used for building our homes contain radioactive atoms, like the food we eat everyday.

Radon is a radioactive gas, heavier than air, particularly abundant in some areas of Italy, coming from underground and/or building materials. It accumulates in basements and in lower stories of the building, often together with other gases (carbon dioxide, hydrogen sulfide, etc.).
It is a colourless, odourless and tasteless gas, so it’s impossible to feel its presence in the air, water or food without proper equipment. It comes mainly from soils with an high content of Uranium/Radium such as tuff, pozzolan, some granites and volcanic rocks. Radon 222, the main isotope of this gas, is the product of the decay of Uranium 238. While the other element of the radioactive series are solid, Radon is a gas so it can seep through cracks, pass through porous materials, dissolve into water and penetrate this way into the buildings also through water pipes. Once it’s accumulated, Radon can be breathed and can continue the radioactive serie inside the body, damaging health and increasing the risk of developing lung cancer. Epidemiological studies released by World Health Organization (OMS) and the International Agency for Research on Cancer (IARC) have scientifically established the carcinogenicity of this gas.

It is impossible to reveal the presence of Radon gas without the help of proper equipment. It is however possible to presume its presence in a building when one or more of these conditions is verified:
– Buildings located in high risk regions due to soil geomorphology.
– Buildings built on tuff rich soils, volcanic rocks or near active or inactive volcanos.
– Buildings built using tuff, volcanic rocks or pozzolanic cements.
– Underground spaces, basements or low stories of the building not equipped with proper air ducts on ground level.
– Buildings built without proper insulating basement.
If one or more of these situations applies, there is the suspect of a high radioactive risk condition due to the presence of Radon gas in the air. In these cases, or if in doubt regarding the nature of the soil in which the building was built or which materials were used, it would be appropriate to request a specialized technical assistance.
LABORAD srl performs home inspections for Radon gas providing a certificate of suitability of the building or suggesting the best remediation techniques.
The data produced undergo quality control through the constant participation to international comparison circuits that guarantee excellent quality of results.

HEALTH DAMAGE
The main cause of the concentration of Radon inside the buildings is the gas released from underground. Once it’s in the building, Radon is breathed with air causing serious damages to the respiratory tract. The decay of the cas, in fact, releases alpha particles (Helium nuclei constituted by two protons and two neutrons) that can cause serious damages to the DNA of epithelial cells. From Radon decay (Uranium 238 decay chain) a series of solid radioactive particles is formed, which can build up in the lungs as heavy elements that keep on emitting radioactivity and damaging the lung epithelium. A large amount of DNA damage can effectively cause cancer. Being the second cause of lung cancer after tobacco, Radon represents a serious risk factor for 1 million buildings in Italy. It is calculated that about 10-30% of the lung carcinoma are due to Raodn. Once the expert confirms the presence of the gas in the building, the exposure to the gas must be immediately reduced using remediation systems that, if well designed, are generally simple and not expensive.

The regulations on radioactivity in all European Union countries is based on the European Commission Recommendation of 8 June 2000, n. 2000/473/Euratom that establishes that art. 36 of Euratom pact regarding the control of the environmental radioactivity degree to measure population exposure is respected (G.U.C.E. series L, 27 July 2000, n.191).

Regarding risk arising from Radon exposure, italian law protects only workplaces (D.Lgs. 26 May 2000, n. 241), while on homes the European Community recommendations apply. In this situation the recommendations give “suggested values”, or values of Radon concentration that shouldn’t be exceeded. Below the “suggested values” the situation is considered acceptable. Recently the acceptable Radon levels have been reduced by the WHO. 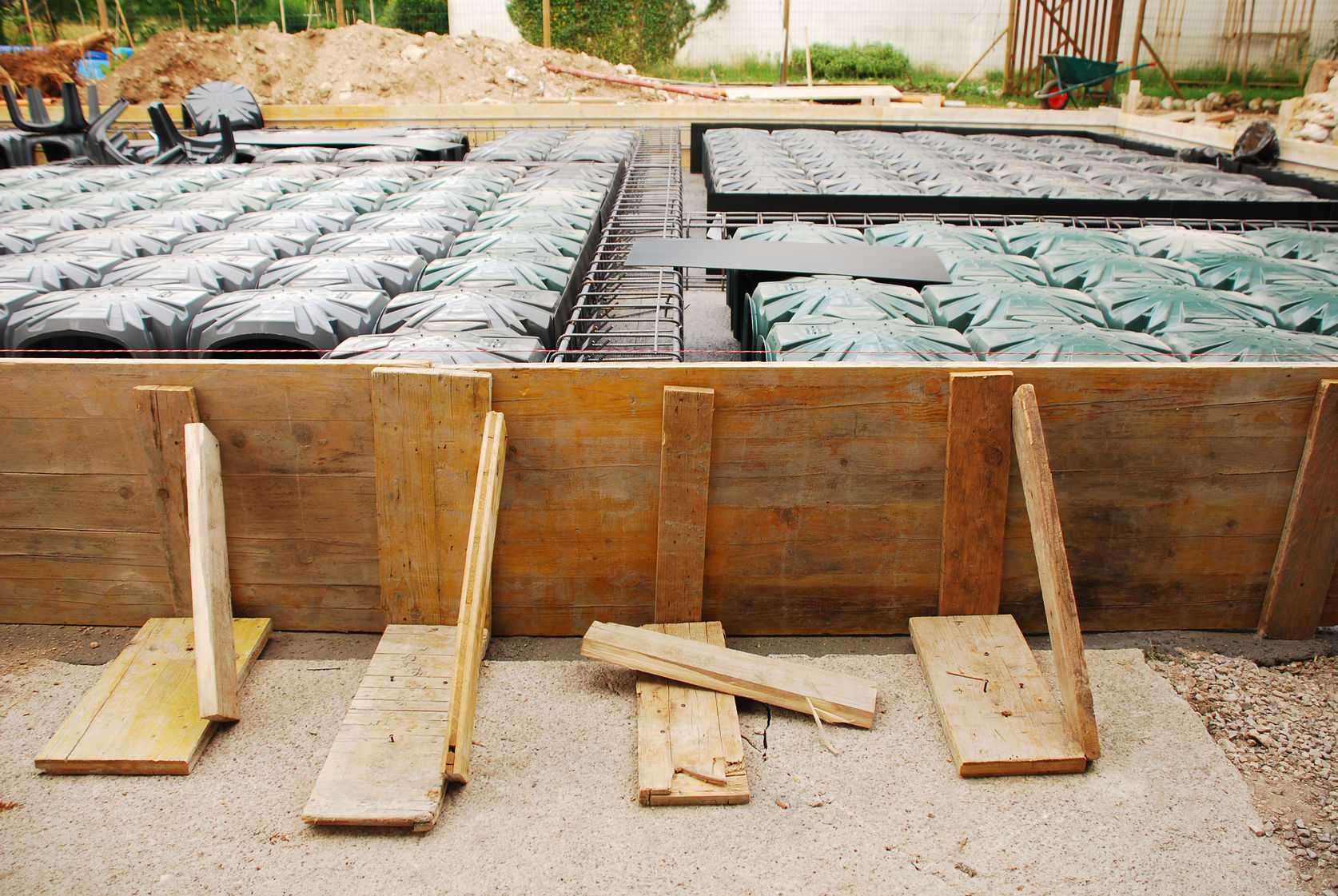 There are many instruments capable of measuring radioactivity and evaluating radioactive pollution or to measure Radon gas. They work basically on the effects that radioactivity has on some substances, such as the impression of photographic solutions, the excitation of luminescent substances of the ionization of gases, liquids or crystals in presence of radiations.

These instruments are used to:

– keep the dose of radiations absorbed by each individual under control;

– measure the levels of irradiation or radioactive contamination in the environment, in things and in human bodies;

– keep constantly under control the levels of irradiation or radioactive contamination in the environment and in things, with the possibility to record the measured data;

The measuring unit for radioactivity is the becquerel (Bq) .

A sample containing radioisotopes is characterized by its radioactivity level, expressed as number of decays of radioactive nuclei for time unit:

When measuring Radon and its radioactivity in air it is generally measured as Bequerel per square meter (Bq/m3): a Bq/m3 is equal to the decay of one atom of Radon in a square meter of air every second, producing another radioactive atom (in the case of Radon 222 it’s Polonium 218) and one alpha particle (alpha radiation). In the anglosaxon system the Picocurie/liter (pCi/L) is still used, and it’s the measuring unit for Radon in the USA.

Counters are the instruments used to detect and measure radioactivity in the environment, in things and in people. There are two kinds of counters: the scintillation and the ionization kinds. The scintillation ones work on the luminescence produced by radiations that hit specific mineral compounds. The ionization ones work because there is a different electric conductivity in a gas when it is ionized by a radiation.

For the measurement of Radon dosimeters are used (trace dosimeter, scintillation dosimeter, etc.) that must be left in the environment for periods of time ranging from a few hours to a year. Since Radon emission is very variable, due to climatic and seasonal factors, short detections should be avoided. These detections, in fact, usually give bad representation of the average annual levels and can lead to insufficient or inappropriate countermeasures. Measurement with inappropriate instruments, such as Geiger-Muller counters (that measure beta and gamma radiations but not alpha) should be avoided. Measurement longer than 1 month must be performed with passive dosimeters that allow to evaluate with certainty the presence of Radon gas and the average level of radioactivity it generates. In case the presence of gas in the building is confirmed, other investigations are needed to find the source of the gas (basement or building material) before beginning mitigation and remediation.

Radon is present in Italy with an average concentration in buildings of 77 Bq/m3. Limit values are:

Over those values it is necessary to proceed to remediation.

* Additional shipment and handling fee: courier € 9,00 , insurance € 5,00 + VAT
Shipment costs for returning to the laboratory are on the client.